Quality Service With A Personal Touch 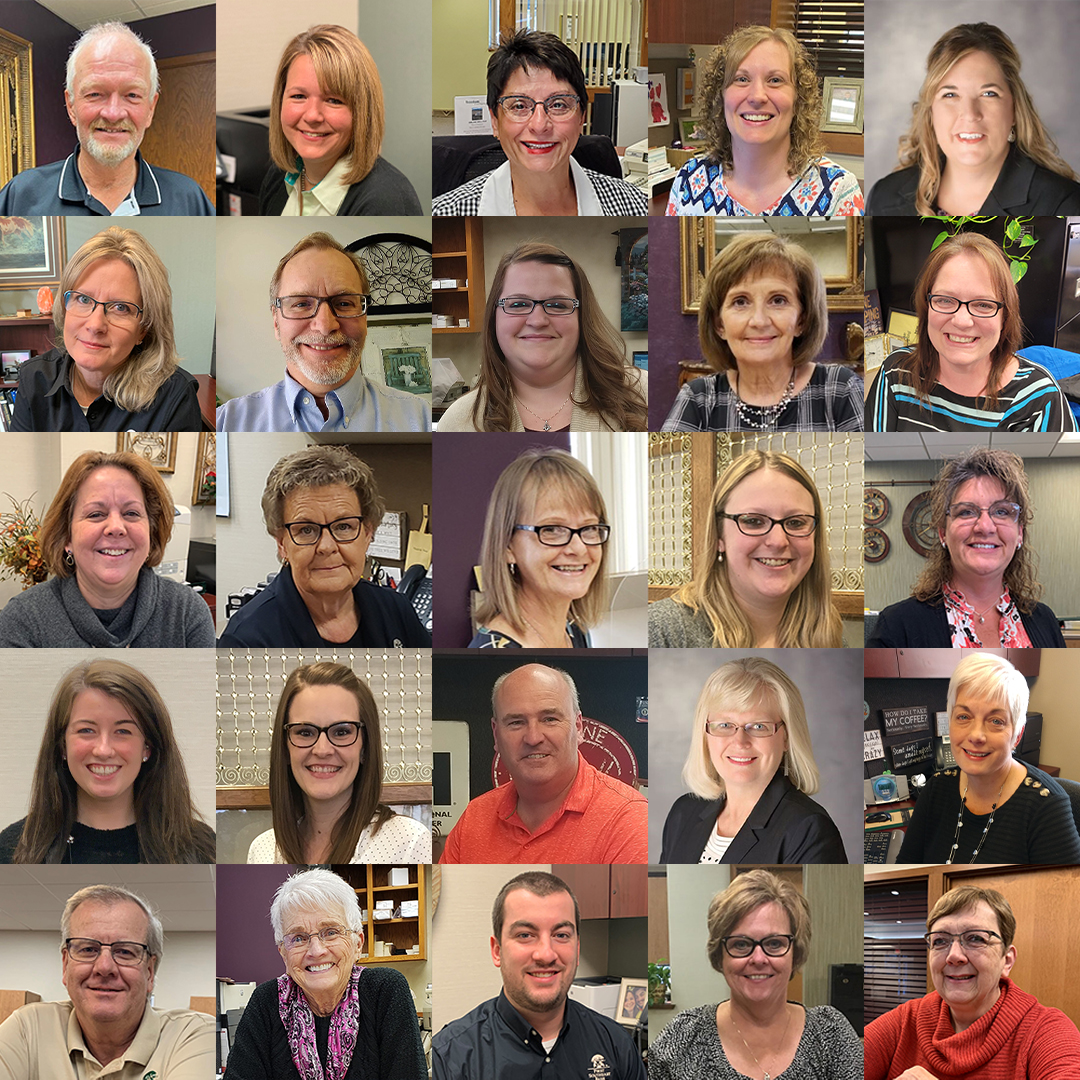 Bank of Harmony is formed by Tollef Sanderson in the building now occupied by Big Woods Graphics.

The Bank is incorporated and stock is sold.

The Bank is licensed under the laws of the State of Minnesota. Original Board is comprised of Tollef Sanderson, O. Thundale, Tallak Brokken, John Jacobson, and W.T. Burmeister.

The Bank commences business under the new charter and name, Harmony State Bank. The Cashier is given the authority to purchase and install a telephone should he find it “necessary and convenient to do so”.

First loan is discussed in the amount of $800. Approval was tabled but in November 1904 the loan was approved.

The Board discusses establishing waivers on deposits due to the events of the Great Depression to prevent unwarranted withdrawals. The Board agrees to a 3 day Bank Holiday. Shortly thereafter, the Bank was granted membership into the Federal Deposit Insurance Corporation (FDIC).

Mr. Toussaint purchases the lot for construction of a new bank building. The lot is the current location of First Southeast Bank in Harmony. Vic Wubbels of Preston is hired to do the construction with Paul Broadwater doing the HVAC and Harmony Electric (later known as Morem Electric) doing the electrical work.

Consolidation of the two Banks is completed and operations move into the new location.

Harmony State Bank is purchased by Norris and Ella Hanson. Norris Hanson is elected President and Director with Carl Lind serving as Vice President. In December of the same year, Everett Anderson is hired as Cashier.

The lot to the immediate north of the Bank is purchased for future expansion.

The Bank is sold once again, to Leonard and Rachel Skaalen of Spring Grove and Gus and Evelyn Carlson of Kiester. Leonard Skaalen takes over as President.

Bank undergoes a major renovation of the interior and exterior of the Bank. A new addition to the north was constructed for a new bookkeeping area as well as the Bank’s first drive up window. The first customer through the new drive up window was Mr. Alan Hill. A gala grand opening was held in the summer.

Bank installs its first NCR in house computer system. The new system automates many of the manual bank work while allowing for new operations to be performed.

Bank is purchased by Mr. and Mrs. Jerome Bushman and Mr. and Mrs. Ronald Darga. Robert Jackson is elected President of the Bank and remains in the position until 1990.

The Bank undergoes another major remodel of the interior of the Bank as well as adding additional operations areas.

Jerome and Barbara Bushman and family purchase the stock of Mr. and Mrs. Darga.

Christopher Skaalen is elected President of the Bank.

Canton State Bank undergoes a major renovation to its interior as well as the exterior of the building, upgrading its drive up facility with a drive up ATM.

The Bank celebrates 100 years of service to the community with an all town luncheon and celebration. Christopher Skaalen becomes a stockholder in the corporation.

First Southeastern Banc Group Inc. purchases the Granger State Bank from Ronald Jaeb and Family as well as numerous local shareholders and the facility is given a facelift to the interior of the Bank.

Granger location is officially closed and all operations are moved to the Harmony location. Granger remains as a limited service facility offering night deposit services.

First Southeast Bank, Harmony location, undergoes a major renovation to the interior and of the building with a large addition added.